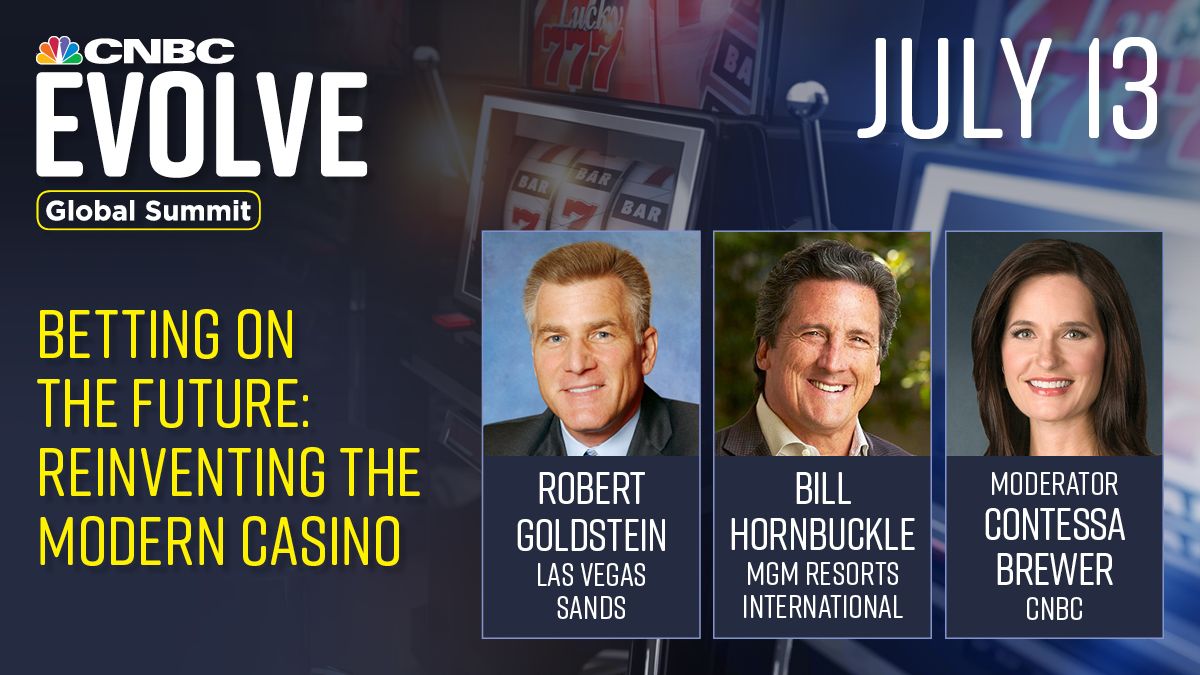 An ad for a CNBC interview with gaming CEOs. Casino bosses remain optimistic about Macau and sports betting. (Image: CNBC)

Sands CEO Rob Goldstein, MGM CEO Bill Hornbuckle and Wynn CEO Craig Billings made the comments earlier in an extended interview with CNBC’s Contessa Brewer from the CNBC Evolve Global Summit. The companies are the three US-based Macau operators and together they run nine integrated resorts – five of which are operated by Sands China.

The chief executives’ comments come as the world’s largest casino hub is in the midst of another temporary closure of its gaming venues due to China’s COVID-19 policies, prompting some analysts to speculate that the third quarter will likely see a wash. are for concessionaires.

I think it’s funny that people are questioning Macau’s return,” Goldstein said in the interview. “And it’s a difficult time. You basically have to crouch down and wait for it to turn. But the idea that it won’t change is kind of hard to imagine that it will probably change this year or next year.”

MGM CEO Hornbuckle is equally optimistic about the only Chinese area where casino gaming is legal. His company controls approximately 56% of MGM China, which operates two integrated resorts in Macau.

“Macao was seven, eight times Las Vegas in size. I mean, okay? So it comes back halfway to start with and then some, and then some,” he said. “It’s the largest gaming market in the world, without exception, and it will be forever.”

Billings, who took top spot at Wynn in February, said his company was using the COVID-19 crisis to reinvent itself.

“We actually continued to invest for a large part of the Covid period. Invest in our people, invest in our business, and it will pay off,” he said in the CNBC interview. “And I think we see that every day, both in our customer satisfaction surveys and in our numbers.”

The CEOs also discussed the possibility of a recession in the US. In such a scenario, MGM would be particularly vulnerable, due to its status as the largest Strip operator and its extensive regional portfolio. Wynn has three domestic locations, while Sands, at least for now, has no casinos in the United States.

Concerns about the recession are mounting after the Labor Department said earlier today that the consumer price index (CPI) rose 9.1% in June. That fuels speculation that the Federal Reserve’s next rate hike could be 1%. While rate hikes could mean the end of dampening inflation, those moves could also lead to economic contraction. Still, Hornbuckle is cautiously optimistic.

“Is a recession just around the corner? Time to tell it,” he notes. “You wouldn’t know if you looked at this place (Las Vegas) last night, or what we’ve been through for the past few quarters. And I think about the environment we are in today in terms of work and getting people to work.”

Wynn’s Billings emphasizes the company’s agility as an advantage should a recession come.

“So I think that reflects within the team whether we start talking about recession, or geopolitical events changing, you know, changing the demand profile — if that happens at some point. I think that agility, especially like what we’ve taken during Covid is going to pay off,” he told Brewer. “And so I do believe that as a company we’re more wired, especially here in Las Vegas and Boston, than we’ve ever been.”

Of the three operators, MGM’s sports betting footprint is by far the largest, thanks to the dominance of its BetMGM unit. Wynn is in the middle, and Las Vegas Sands has only recently entered the internet gaming space with modest, passive investments in smaller companies.

Goldstein notes that the late Sheldon Adelson was against online casinos, but softened that attitude somewhat later in life. The Sands boss adds that because of the company’s concentration on Asia — a region that largely bans internet gaming — it’s not a high priority. But he doesn’t close doors to the right opportunities.

“And if it’s profitable and we saw the right path, we would pursue it. I’m looking at it. It’s fascinating to see what Bill and Craig have been through, and the people at Caesars,” Goldstein said. “And it’s fun to watch and see where it’s going. I think it will be very profitable in the long run. But there are some barriers to getting there.”

Wynn’s Billings says it’s encouraging that the online sports betting industry is moving away from the customer-at-any-cost model that was so ubiquitous in its early days. He argues that there are attractive opportunities in the space for omnichannel operators.

“I think the industry is becoming more and more disciplined in the way they approach that, which is great, you know, for us to see. But that omnichannel relationship is important. And I really believe in the long run it’s a winner,” notes the Wynn boss.

was original published at “https://www.casino.org/news/gaming-ceos-optimistic-on-macau-see-sports-betting-opportunities/”