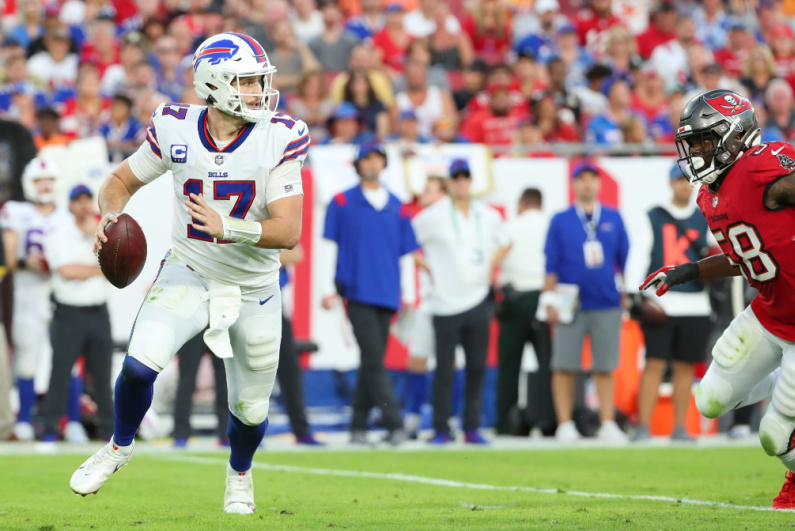 The best of the best

Sports betting is taking over the world of entertainment and its meteoric rise doesn’t seem to be slowing down.

The US market has been booming since a 2018 court ruling overturned the PASPA, effectively limiting sports betting to Nevada (over-simplification, but that was essentially the result of PASPA). Thirty-one states have already launched legal sports betting, while others are closer to the finish line.

The crown jewel in the US gambling market is undoubtedly the NFL, whose championship game, the Super Bowl, brought in $7.6 billion in bets last season. In addition, the NFL’s infrastructure is in the perfect place to launch sports betting into the next echelon of global entertainment.

Brace yourself and let’s go on a journey…

Every great construction starts with a single atom. One of the longest philosophical debates revolves around how the universe began when there was once nothing but nothing.

As the world developed, early explorers risked their lives based on their ability to track Polaris, commonly referred to as the North Star. Civilizations often sent their brightest men on adventures with nothing but a single, brightly burning mass 323 light-years away to guide them, but somehow it worked.

In Greek mythology, Daedalus built a labyrinth for King Metos of Crete to house a beastly minotaur. And although seven Athenian men and women were sent each year to be eaten by the wretched creature and with no hope of escape, the maze eventually began as a single line on a grid.

Analogies aside, sports betting is not in its prehistoric era, whether that be philosophical or practical. According to The Guardian, Americans have already wagered $125 billion on sports since the market launched in 2018 — and that doesn’t factor in illegal betting, which would push the number even higher. However, it would be unfair to say that the defining moments in its infancy, as in the previous examples, have not made the market what it is today.

Earn a place at the table

You see, for everything to work in life, three areas have to be covered.

One, a product or service.

Sports gambling broke through in America at a time when sports were already a mainstay on television. The “Miracle on Ice” had already happened, Frazier had already gone to the canvas, and Michael Phelps had already won eight gold medals in one Olympics.

Add in all the other memorable athletic achievements, and they’ve contributed to sports betting that won’t skip, but ensure early-stage survival. They streamlined the growth beyond what was projected and into a much bigger ordeal.

The product was elite, the support was there, and televisions couldn’t get enough of the action — and at the front of the line was the NFL.

For decades, players like Ray Lewis, Deion Sanders and Jerry Rice brought brutality, superhuman athleticism and elegance to the screens everywhere, establishing an elite core of supporters. However, it was always quarterbacks like Tom Brady, Peyton Manning and Brett Favre who served as the faces of the league for their elite play, candor and place at the head of the attack.

The league recognized that QBs ran the business and they didn’t want to put them at risk.

The quarterback’s authority has only increased in modern times, as the rules of the game are designed to increase their longevity and effectiveness. The league recognized that QBs ran the business and they didn’t want to put them at risk. Now so many passes are thrown that last year 24 QBs made more passes than the league leader in 1970 (Fran Tarkenton).

Also coinciding with the transient gaming boom is a proliferation of young, talented quarterbacks, and as a result, the NFL has a clear path to sports betting dominance.

QBs were always destined to take the credit. That’s why they won the king of the ball in old movies, or why they always had the best smiles as kids – but their importance to the competition, especially in such a heavy money age, comes first.

game winners are strongly influenced by who is below the middle

First and foremost, sports betting starts for most as a simple choice of who will win a game: Team A or Team B. Since the quarterback has the most influence on the game, both because of the rules and simply because they snap the ball every time, game winners are strongly influenced by who is below the middle.

Simply put, the league’s position with its landscape and availability of young talent makes it the epicenter for American sports betting. Now it’s time to launch the competition to the next level.

Despite having a thriving market, sports betting is still illegal in states like California, Florida, Georgia and Texas, four hugely entertainment-driven states that could shoot the profile of gambling through the roof.

It is the duty of the NFL to use its new generation of stars to push lawmakers into a universal decision to legalize sports betting. The league missed a huge opportunity last season when the Los Angeles Rams hosted and won the Super Bowl in a state where sports betting was illegal.

People tend to be more attracted to events that affect them personally than events that do not. In the case of the Super Bowl, it’s not unrealistic to suggest that millions of Californians who had no gambling opportunities would have joined the action if given the chance. And again, that Super Bowl without them still produced $7.6 billion in total gambling revenue.

The league also has the opportunity to use its product in a way it has never done before, as its unpredictability is at an all-time high. On any given Sunday, the sheer talent of the young quarterbacks may be enough to single-handedly determine an outcome.

The parity is high, the excitement is high and the scores are high.

While Tom Brady and Aaron Rodgers had to carry the league for a few decades, there are at least ten quarterbacks in their twenties who have what it takes to win the Lombardi Trophy. The parity is high, the excitement is high and the scores are high.

The NFL is also already making moves to join gambling companies. The league joined forces with FanDuel, DraftKings and Caesars in 2021 and also has many secondary deals. Pre-game talk shows are often sponsored by sportsbooks and read opportunities for games.

Stadiums are also becoming gambling centers, as recently seen with the Washington Commanders earning a gambling license and the Arizona Cardinals opening a retail sportsbook in their stadium this week. The competition is filling its toolbox and the question now is when it will act.

The time for the NFL to dive is now. It has its stars, unilateral support and power like never before.

Keep a close eye on the competition’s trajectory over the coming seasons as it could shape the future of American gambling.

was original published at “https://www.vegasslotsonline.com/news/2022/09/09/sports-betting-is-ready-to-explode-thanks-to-young-nfl-qbs/”